After several weeks of celebration in which players have been competing throughout various Competitions and Contests, it’s time to clean up the party room and figure out who the glorious winners are of the KoGaMa 10th Anniversary Celebration Events!
It was truly incredible to see all the excitement and dedication of the players during this period! We hope you all enjoyed these past few weeks full of Events!

That being said, finish your drink, sit back down, and please! Admire and applaud these awesome creations and records made by talented members of our community!

Congratulations to all the winners! The prizes will be awarded to their accounts.

Check them out below!

Participants had to guess the exact number of Accounts, Games, Models and Avatars that had been created up to the time the Anniversary Celebration was launched.

How were the winners selected?
We took into account how close the guess was to the correct digit, as well as the timestamp the guess was sent to us.

The users who provided the 3 closest guesses for every type of creation were picked, and you can know who they were right below!

Participants had to create a project in which they would have to build & decorate a birthday cake, using any of the existing building items KoGaMa offers, such as models, logic items, blueprints, etc.

The 10 most creative, original and KoGaMa’s Anniversary related birthday cakes were picked, and you can see them right below!

Participants had to create a project and build a KoGaMa animation within it using logic cubes and any other existing building items KoGaMa offers.

The 5 most creative and original animations that met with the previously given guidelines were picked, and you can see them right below! 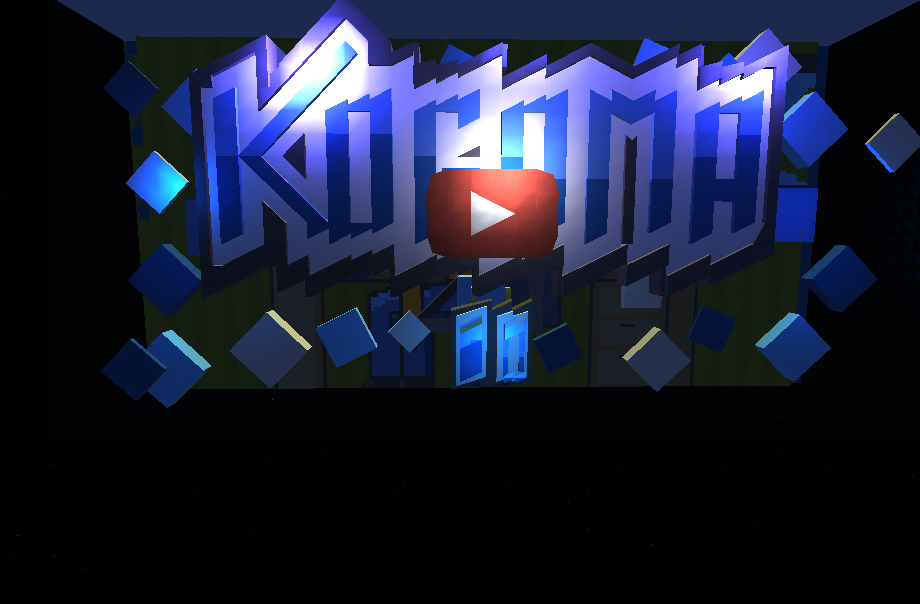 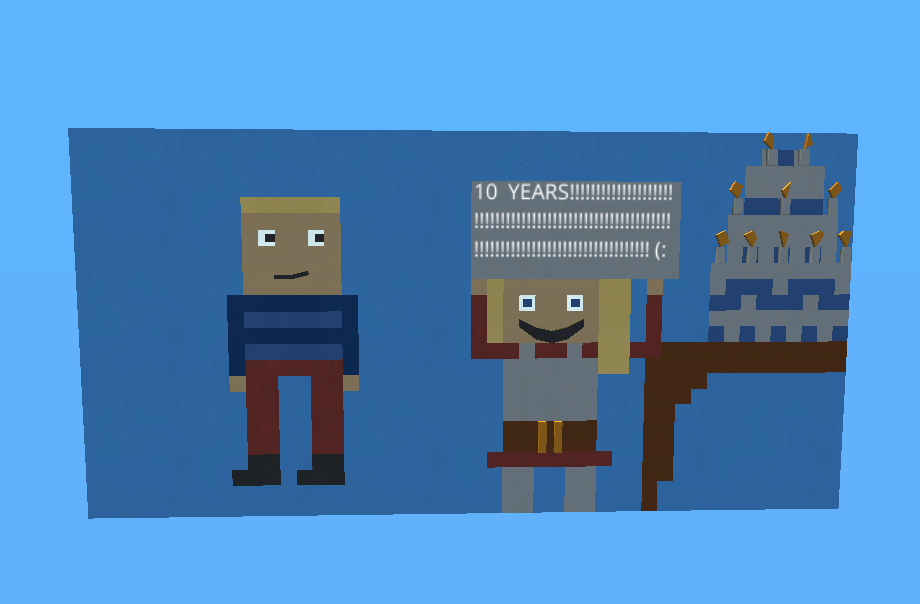 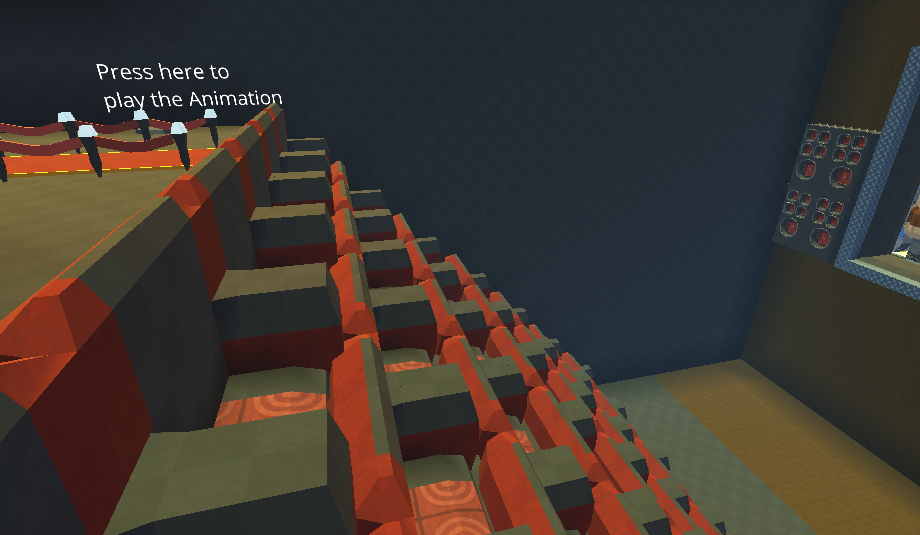 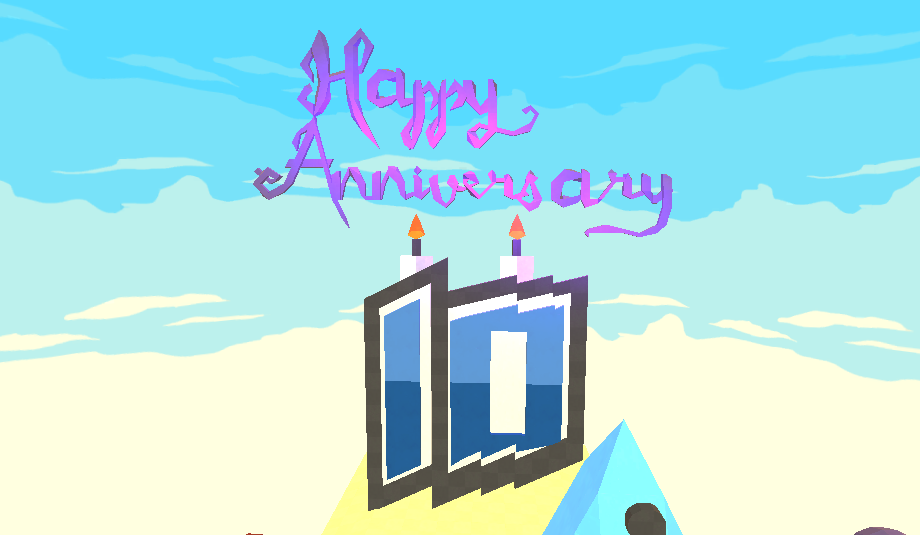 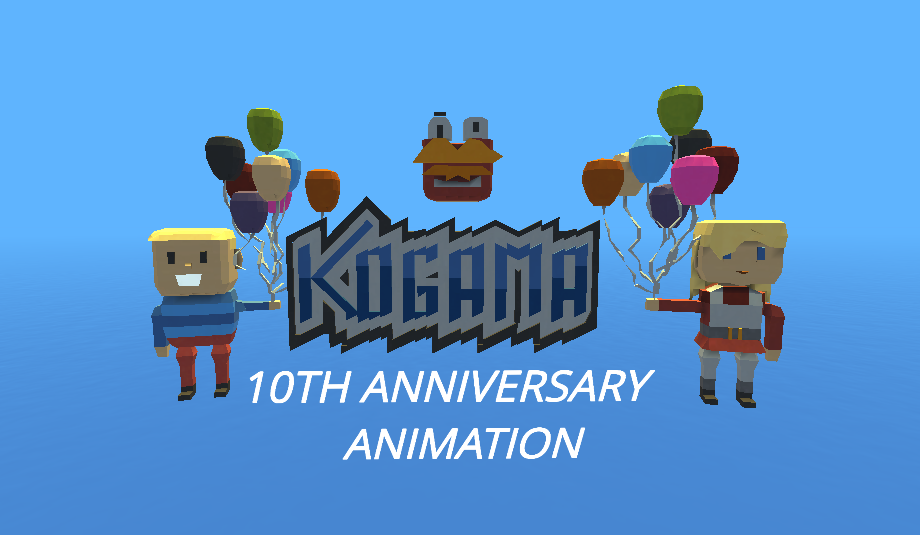 Every week since the celebration ended, a total of 20 winners were randomly picked.

In order to enter the draw, users had to leave a Happy Birthday message to KoGaMa in the comments section of the first celebration-related announcement that was posted on the News section!

You can know who were the 100 lucky winners of this event right below!

Winners’ Profile ID:
The winners of this event will be revealed soon.

Participants had to design either manually or digitally for what they think would be the best brand new Avatar that would be officially implemented into the Purchasable Avatars section of the Avatar Editor!

The 3 most creative and original avatar designs that met the previously given guidelines were picked, and you can see them right below!

Participants had to design either manually or digitally a nice looking KoGaMa’s 10th Anniversary related artwork.

The most creative, original and KoGaMa’s Anniversary related artworks that met the previously given guidelines were picked, and you can see them right below!

Participants had to record themselves completing this parkour game in the shortest possible time.

The users with the 6 shortest times were picked, and you can know who they were right below!

Click here to see a list with the best time of each participant of this Parkour Speedrun Competition.

Is there something you liked or not about this contest, or would you like to share your contest ideas with KoGaMa’s Staff?
We’re always aiming to improve the quality of our contests, and we love reading your feedback.
That’s why we invite you to join the KoGaMa Discord Server, where you will be able to share your feedback with us, hang out with other KoGaMians, and more!

Once again, thank you for sharing your incredible skills with us! We wish you all a spooky and happy Halloween!